Show all categories Sennheiser Back 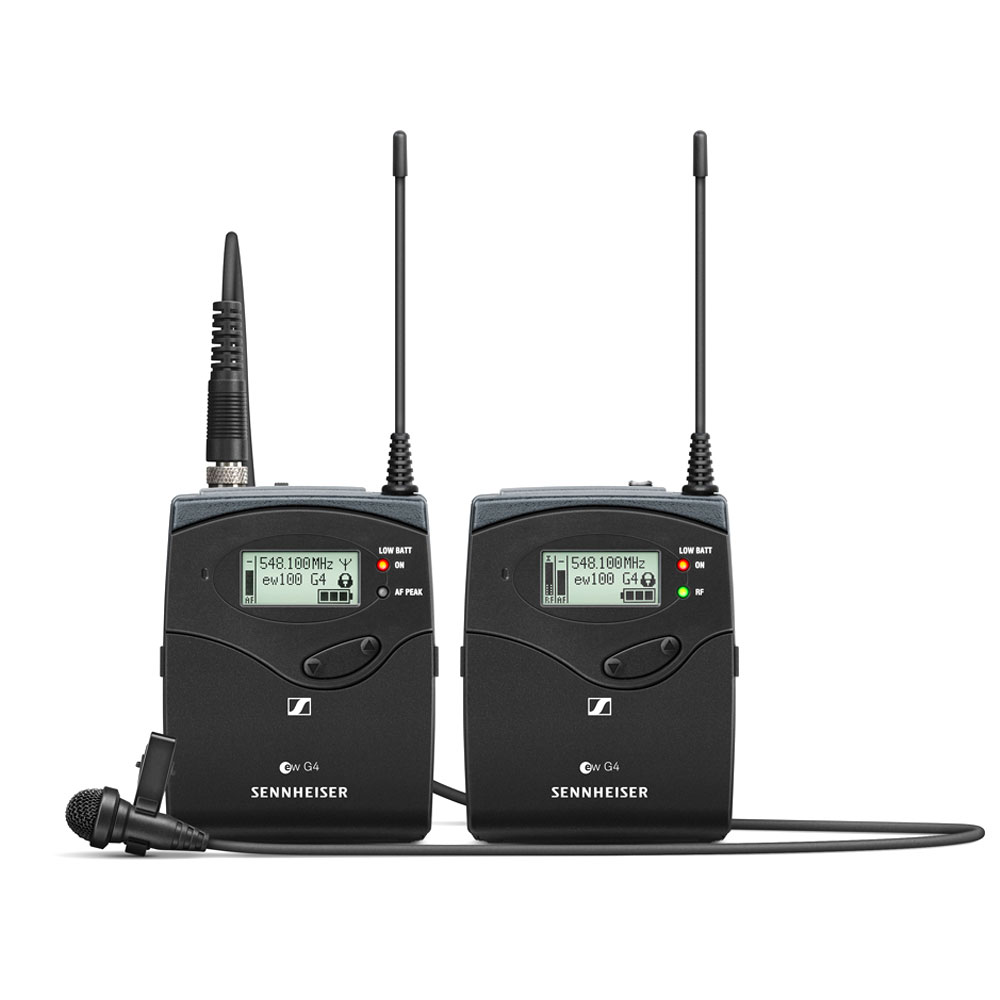 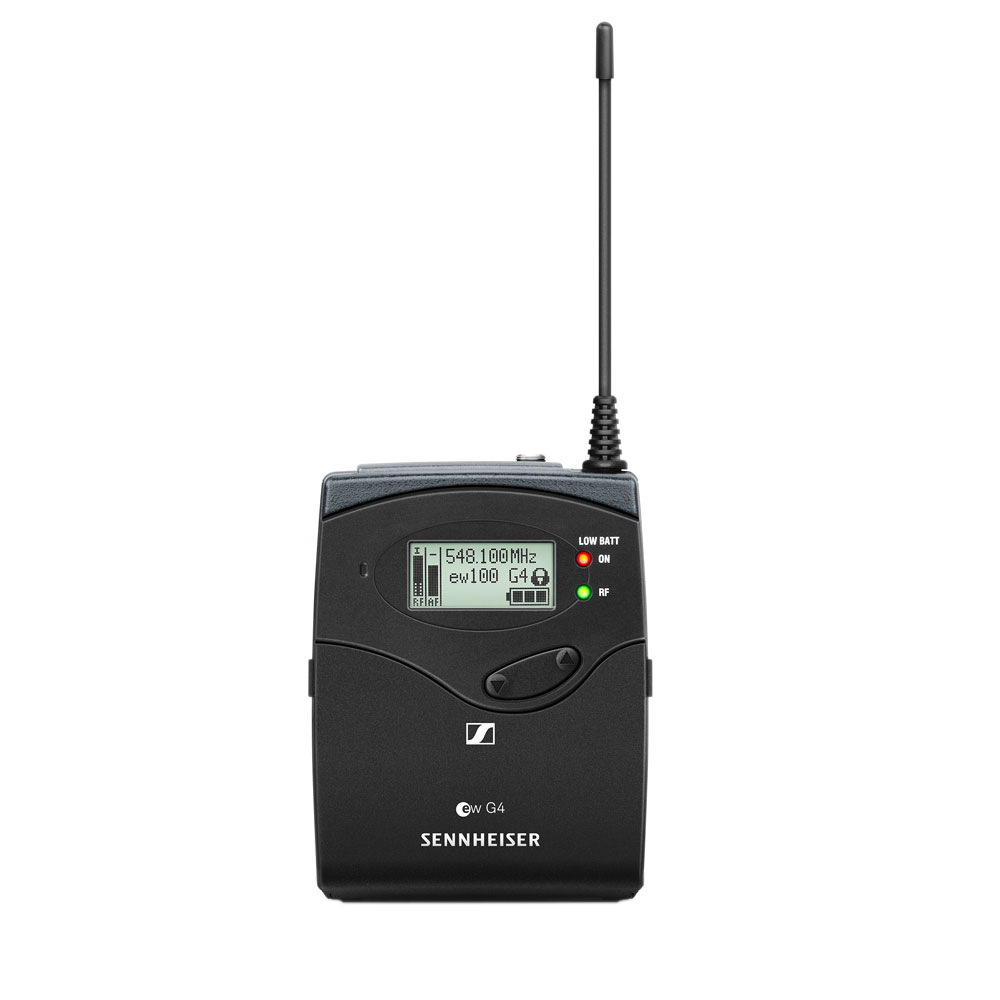 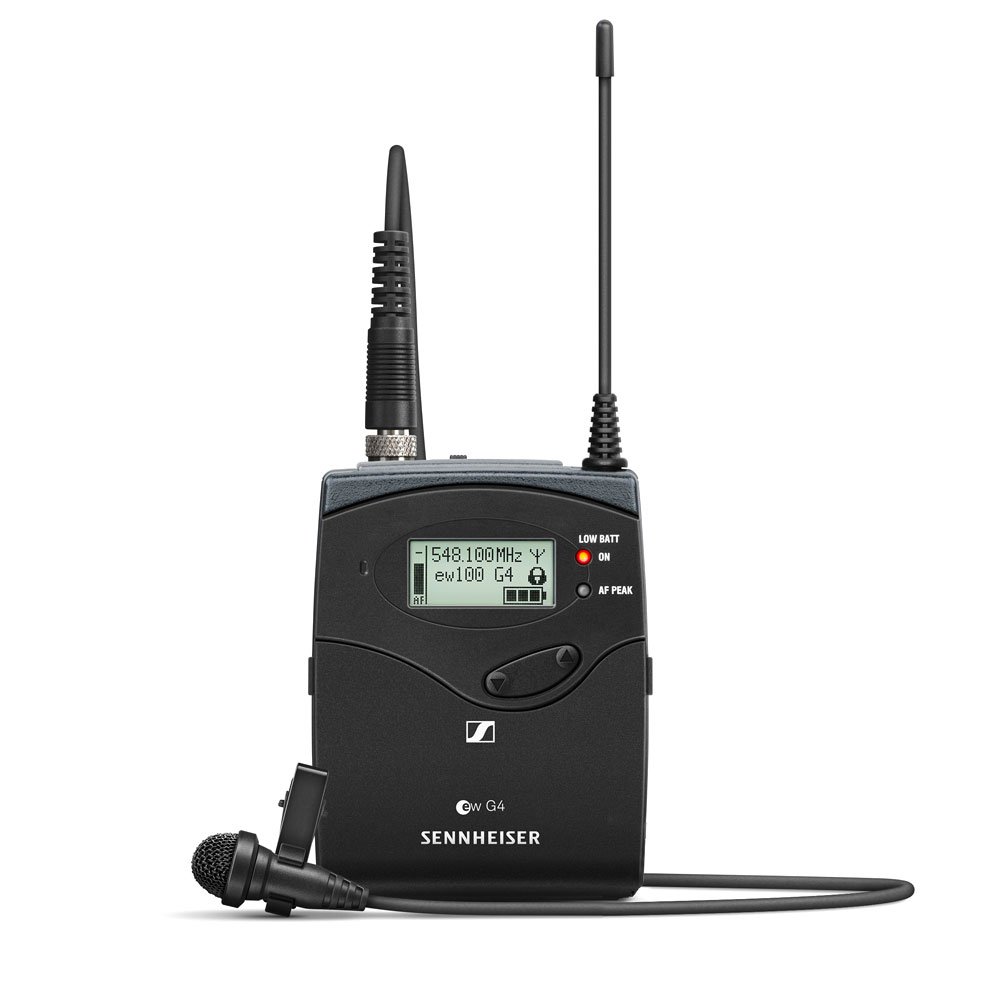 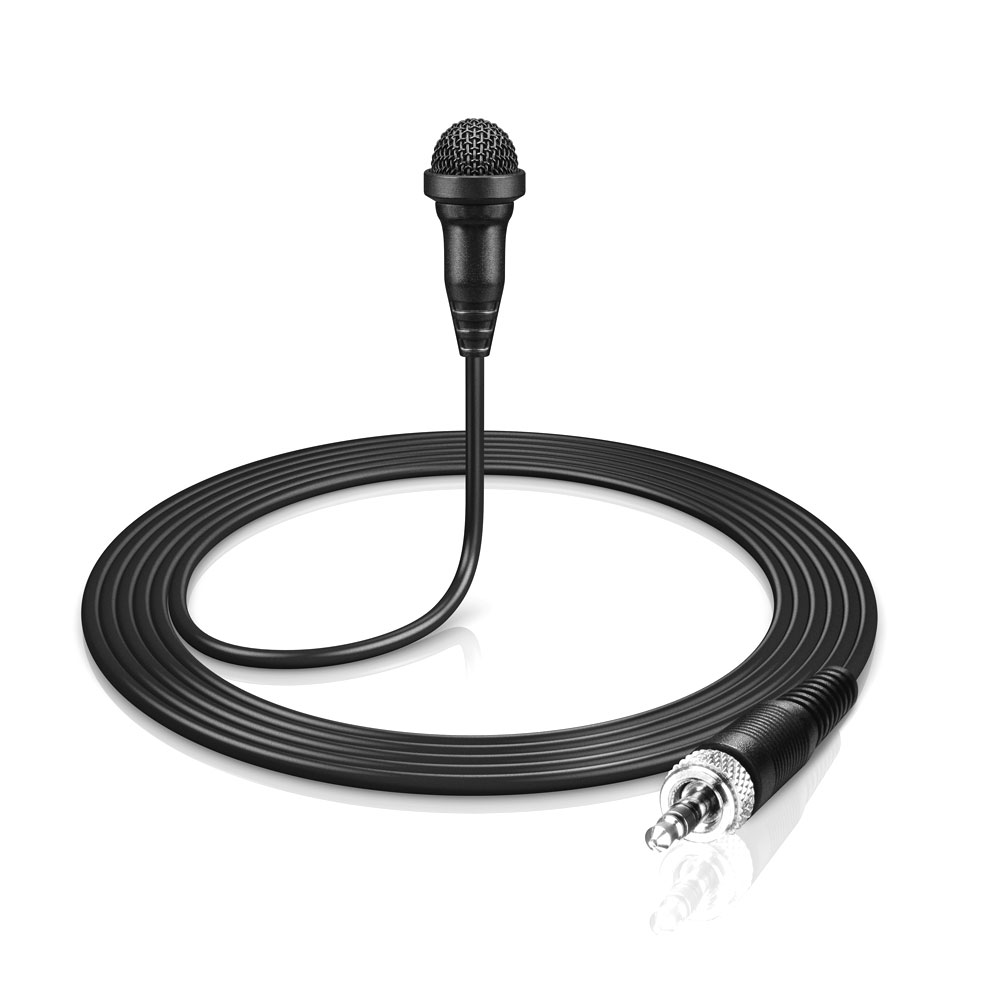 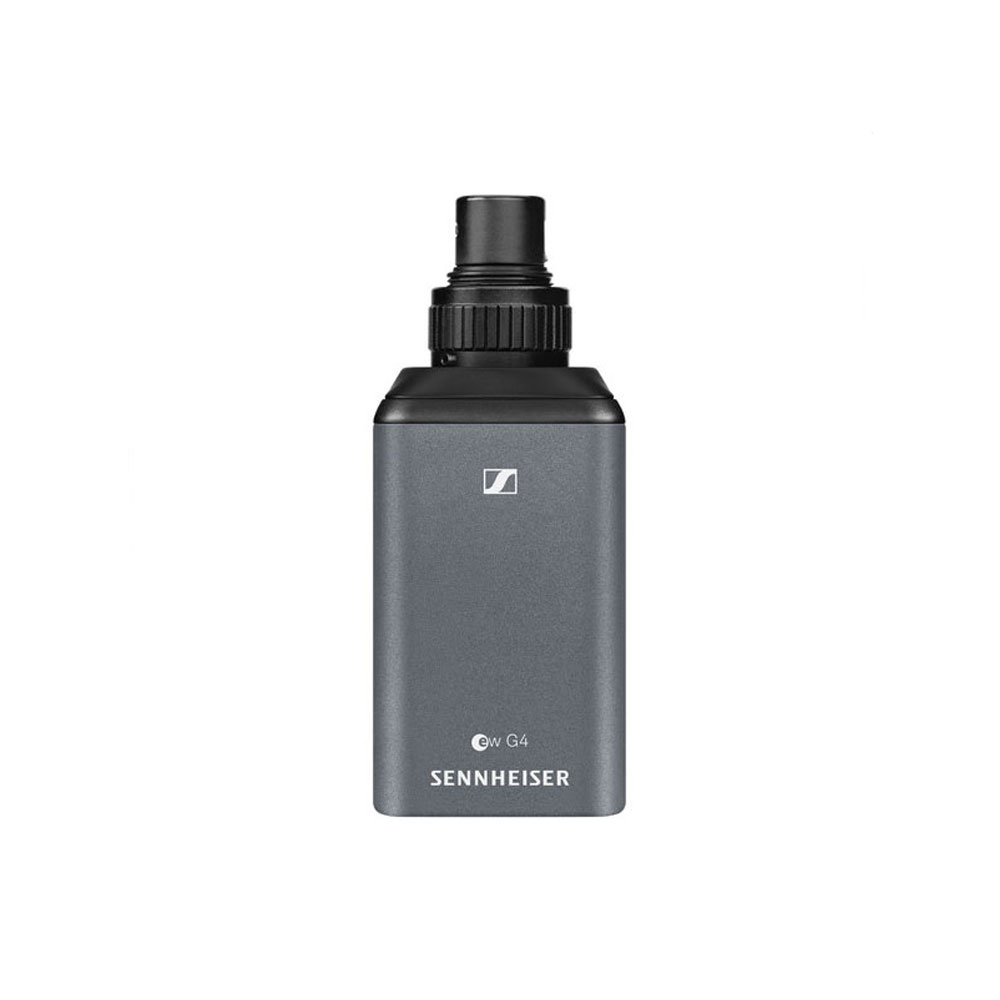 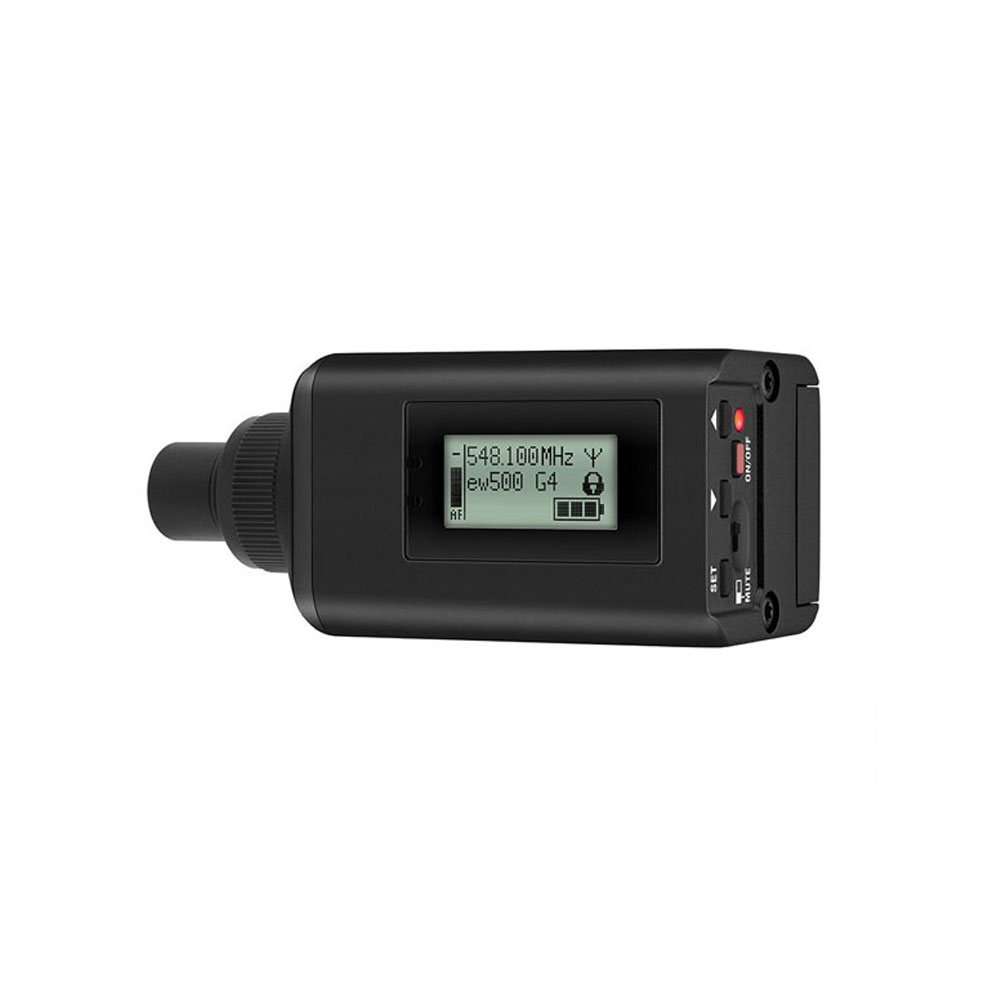 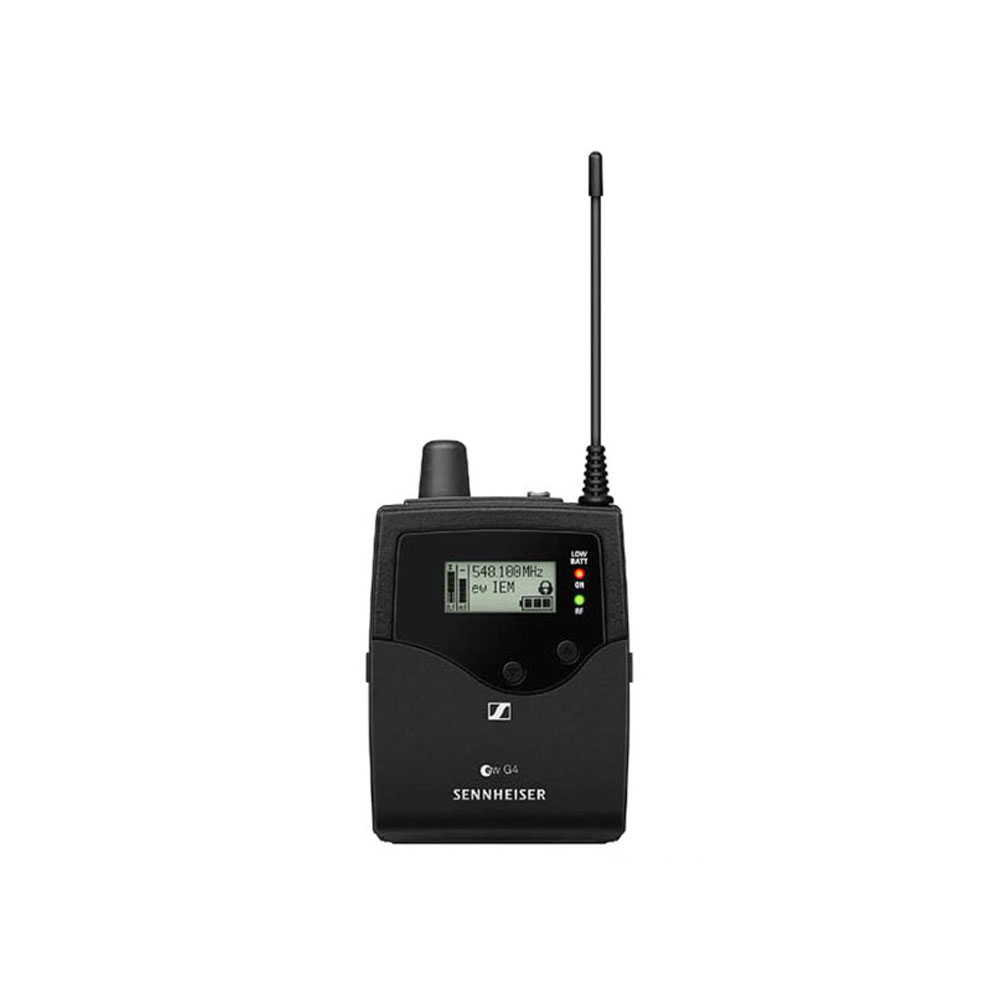 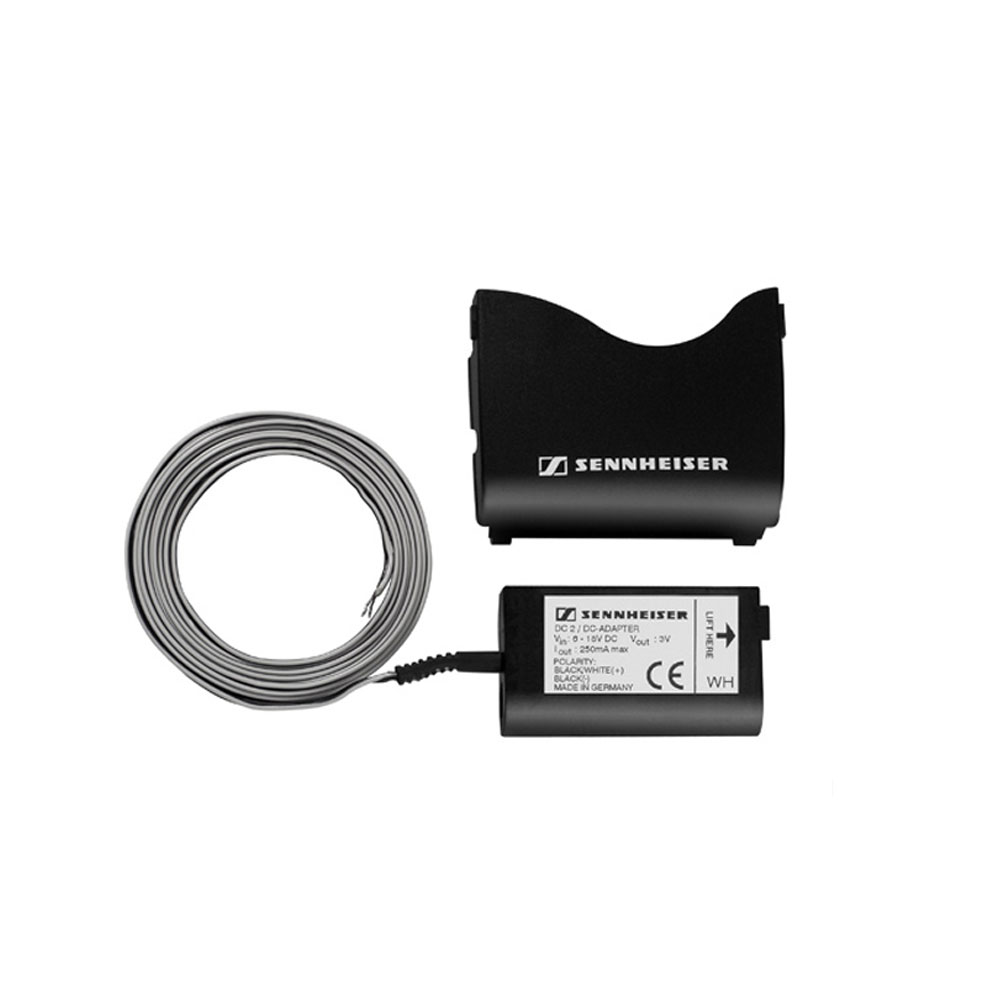 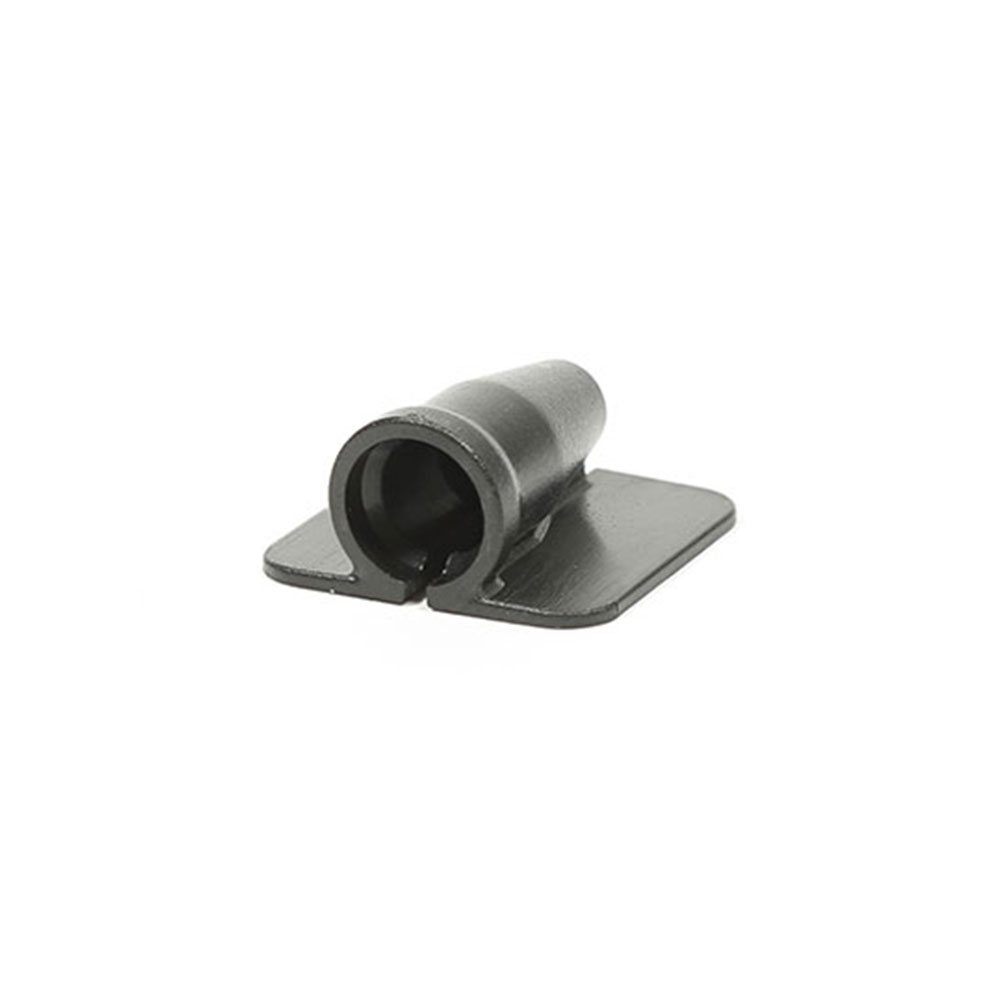 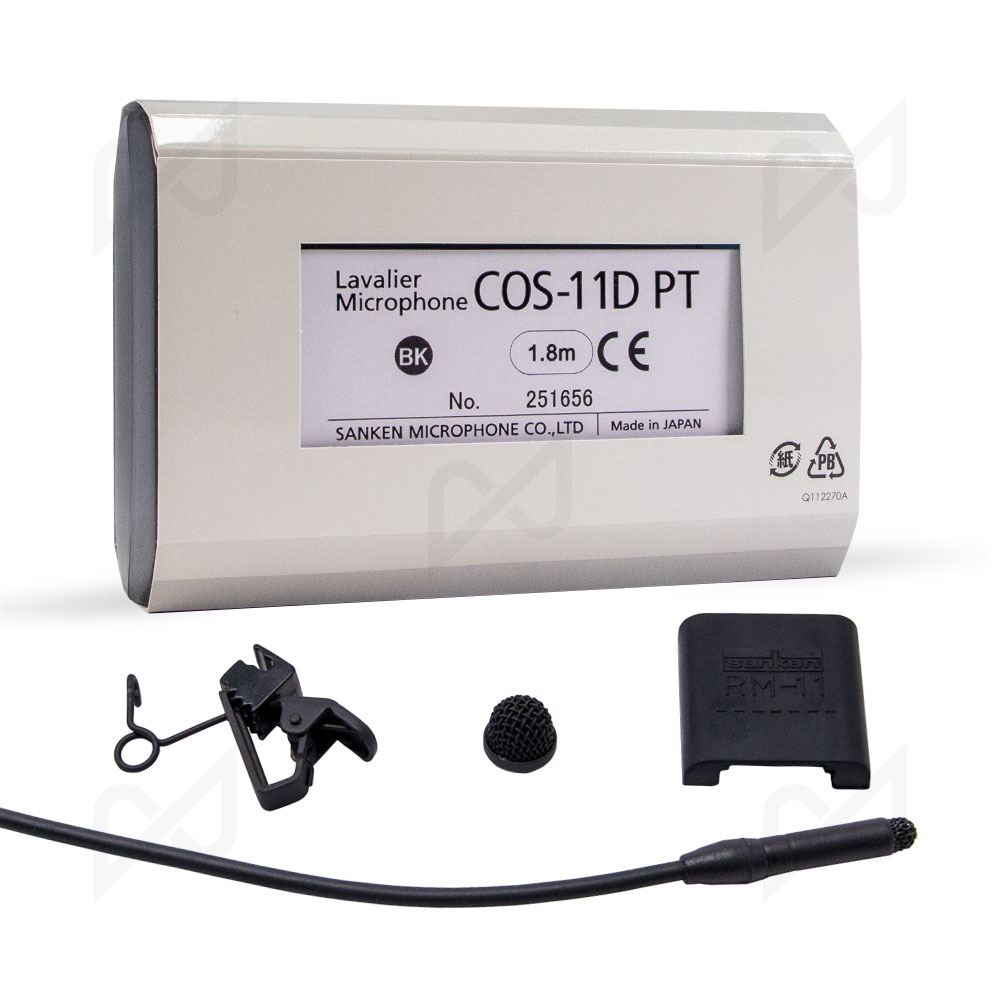 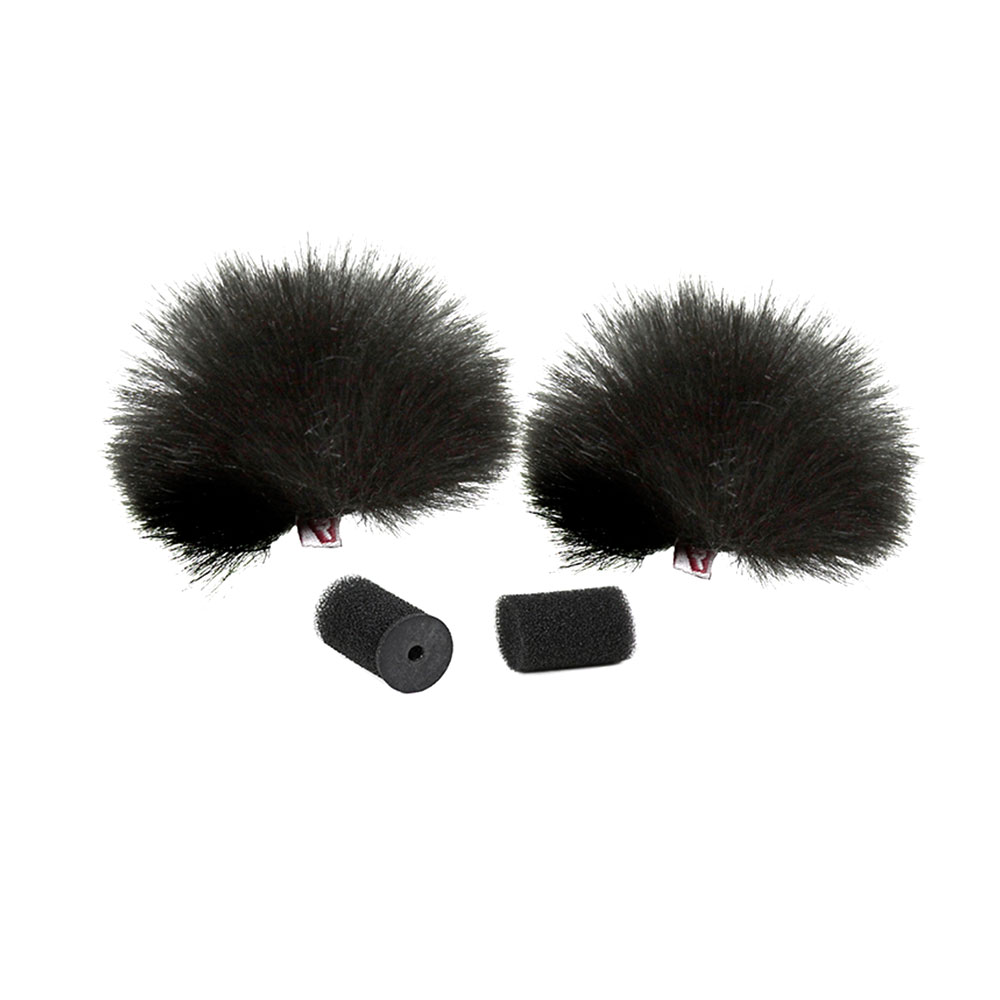 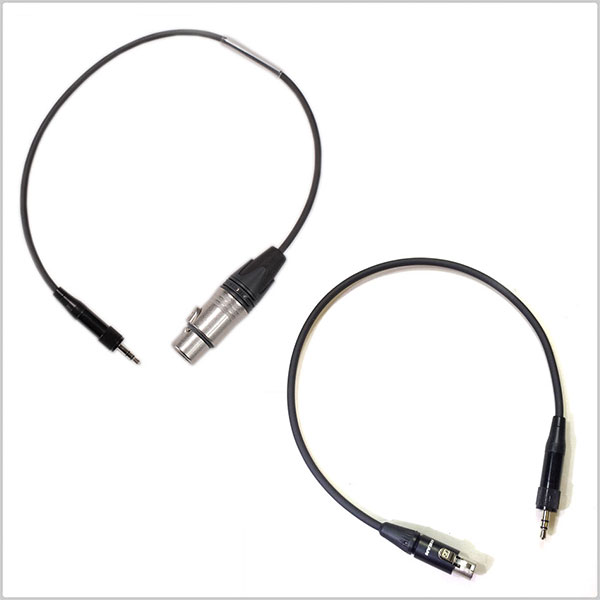 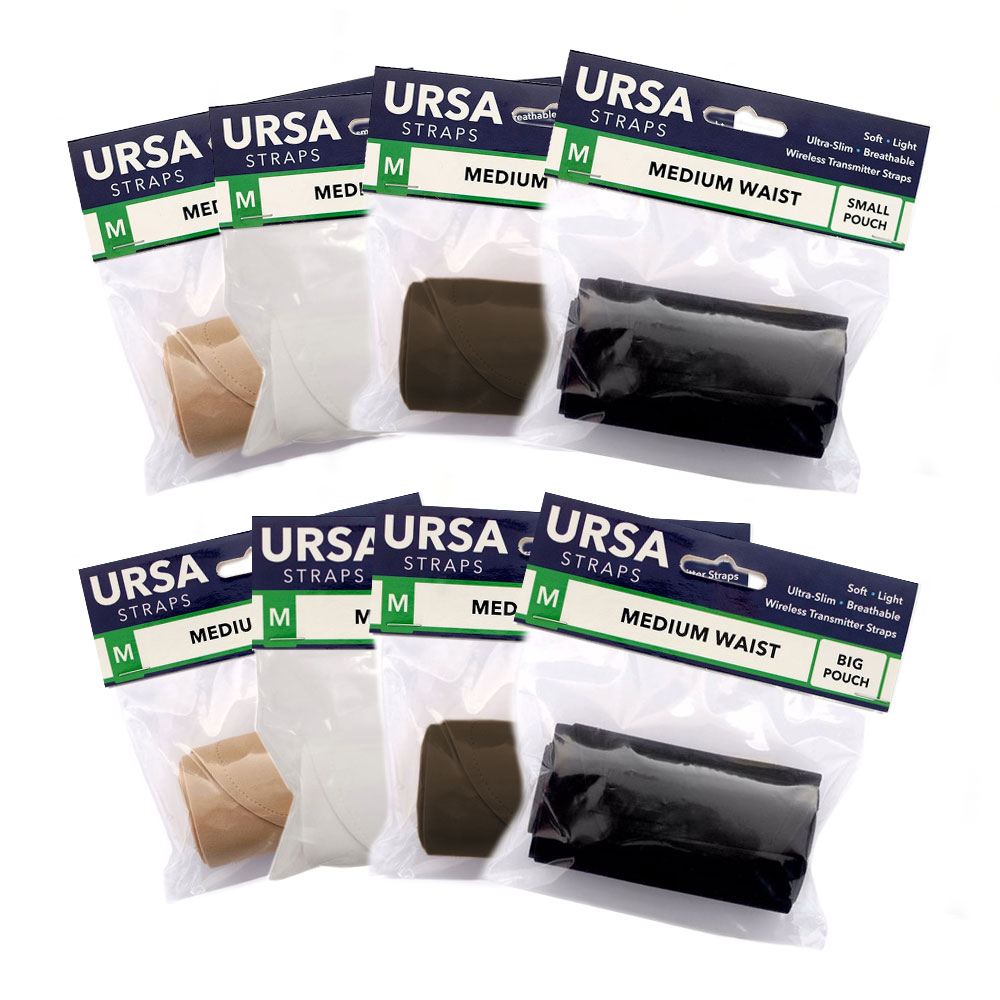 The ew 112P G4 Camera Mount Wireless Microphone System from Sennheiser is the latest addition to Sennheiser's evolution family of wireless microphones and is fully compatible with all previous series. This package includes the EK 100 G4 camera mount receiver, SK 100 G4 bodypack transmitter, and ME 2-II lavalier microphone. Accessories include a CA 2 camera mount, 1/8 to 1/8" cable, and a 1/8" to XLR cable. It can be used to capture audio for live sound, broadcast and film, business, and educational applications.

The SK 100 G4 bodypack transmitter and the EK 100 G4 receiver sport an updated high-contrast LCD display and a dedicated escape button. They synchronize channel and frequency at the touch of a button. In addition, an optional rechargeable battery pack allows you to charge batteries while they remain inside the units. The CA 2 shoe-mount adapter provides easy installation onto a camera shoe.

The EK 100 G4 Wireless Camera-Mount Receiver from Sennheiser is the latest addition to their evolution family of wireless microphones and is fully compatible with all previous series. Featuring an updated high-contrast LCD display, blue sync LED, and a dedicated escape button, it can be used when paired with a microphone and transmitter (sold separately) for capturing audio in live sound, broadcast, film, business, and educational applications.

The EK 100 G4 wireless receiver is lightweight and built with an all-metal housing. It is equipped with 1680 tunable UHF frequencies and synchronizes with G4 transmitters at the touch of a button. A 3.5mm audio-output jack delivers a clean output signal using the included adapter output cables. The receiver operates on 2 standard AA batteries, and an optional 12 VDC adapter is also available. The included shoe-mount adapter allows you to mount the receiver on a camera for convenient portable use.

The SK 100 G4 Wireless Bodypack Transmitter from Sennheiser is the latest addition to their evolution family of wireless microphones. It features true diversity technology and can be used when paired with a companion receiver and microphone, as part of a wireless RF transmission system for live stage, theater, presentation, and rehearsal applications.

Furthermore, the transmitter is equipped with a mute switch and is powered by two 1.5V AA size batteries or by one Sennheiser BA 2015 rechargeable accupack. It is built with a rugged metal housing. The SK 100 G4 transmitter will operate about 8 hours and is equipped with a 1/8" line/mic input jack. With 25 Hz to 18 kHz AF frequency response, the SK 100 G4 is designed to deliver a natural audio quality.

Available in black, the ME 2-II from Sennheiser is an omnidirectional lavalier microphone designed to capture speech and vocals. It takes concepts found in the original ME-2 and expands them, focusing the frequency response and offering full compatibility with digital RF-transmission systems. Whereas the ME-2 could introduce noise if the capsule and transmit antenna were over 7.9” away from each other, the ME 2-II is 100% compliant with digital RF systems, such as the SpeechLine Digital Wireless system.

Also, where the ME-2 gave you a frequency response of 30 Hz to 20 kHz, this iteration narrows the range from 50 Hz to 18 kHz. The focusing allows the capsule to hone in more on appropriate tonalities, minimizing the capture of frequencies piercingly high and unnecessarily low in the context of vocal recording.

Additionally, this model features a lighter-weight housing compared to the original, as well as an improved clip and an integrated windscreen. A cable length of 5.2' provides enough slack for nearly any situation, at the end of which sits a 3.5mm threaded EW connector for compatible systems, such as the AVX, XS Wireless 1, XS Wireless 2, and more.

The Sennheiser CA2 is a shoe mount adapter for the EW series camera mountable receivers. The mount allows users to attach the receiver to the accessory shoe of any camera, providing a secure mount.

The Sennheiser CL100 is a connecting cable with a standard 1/8" (3.5mm) mini and unbalanced XLR male connections. The cable is specifically designed for connecting the Evolution series portable EK series receivers to the audio inputs on Beta Cameras, mixers, amplifiers, etc.

The Sennheiser CL1 is a connecting cable with a standard 1/8" (3.5mm) mini and locking 1/8" mini connections. The cable is specifically designed for connecting the Evolution series portable EK series receivers to camcorder audio inputs.

Misclicked and want to go back?
Click here to return to the Sign In page.
Still stuck? or is there something else you need help with?
Contact us and we'll do everything we can to help you resolve your issue.
No reviews found. Be the first to share your insights.